Early settlers to Canada and the Northeast learned about the sugar maple tree from Native Americans, and discovered that sap came out of it. Beginning in the 17th century, farmers who wanted another source of income drilled holes into the trees to collect sap. They then took it to sugarhouses to boil off the water, leaving sugar or syrup behind. Syrup making became so popular that evaporators, large frying pan-like tools with fire boxes underneath, were being sold to farmers. Since the formative years of maple syrup, the process of creating it has been modernized. There is, however, the same result, a substance that is ready to eat.

Maple syrup should generally be enjoyed as a special treat in small quantities, but, even so, it has some health benefits.

A 2008 Canadian Forest Service Publications study found that maple syrup has at least 24 types of antioxidants, which help reduce the risk for some diseases.

Better Than Other Forms of Sugar

Pure maple syrup is better for you than other forms of sugar, such as white sugar and honey. It is less processed and has a lower glycemic index, meaning that it does not spike blood sugar.

Maple syrup also contains vitamins and minerals. Healthline breaks down the amounts of them in 100 grams of syrup, per the Recommended Dietary Allowance (RDA):

To put that in perspective, Helen Thomas, from the New York Maple Association, has said that maple syrup has a greater amount of antioxidants and minerals, and has fewer calories, than honey.

For the 2018 maple season, Vermont was the country’s largest producer of maple syrup with 1.9 million gallons. Since a large amount of syrup is being produced, it is clear that it does good things for the state’s economy. The demand for maple products is increasing worldwide about 6 to 8 percent each year. Furthermore, a 2015 UVM study found that the maple industry in Vermont contributes over $300 million in sales to the economy. It also found that the industry contributed at least $140 million in value in 2013, which relates to the wages and profits. As the fourth most valued agricultural commodity in the state, maple syrup is essential to its economical activity and its identity. 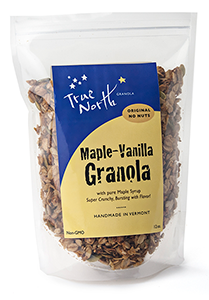 At True North Granola, we do our part in supporting maple syrup production by using maple syrup in our products. After all, Vermont maple syrup and granola is a winning combination! Our maple syrup comes from Hidden Maple Springs in Putney Vermont, with which we are partnered.  All of the syrup is 100% natural and organic.

One of our granolas that is enhanced by maple syrup is the Maple-Vanilla variety. It’s certified organic, and comes full of flavor with vanilla extract, seeds, coconut chips, and, of course, maple syrup. Our Coconut GF Organic Granola is also sweetened entirely with maple syrup. 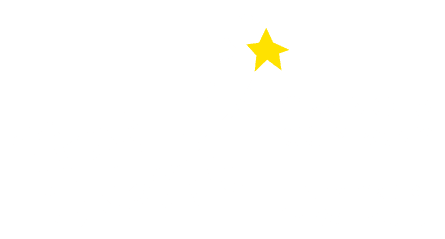